Regular white potatoes and sweet potatoes belong to different plant families. You can bake them both whole, but sweet potatoes’ best result will be different from regular ‘tater. Sweet potato lovers want crispy skin and soft flesh. This is surprising considering that baked Russet potatoes are light and fluffy.

I tried a few popular recipes and one of my own to find the perfect sweet spot for baked sweet potatoes. Some people prefer a slow, slow roast at low heat. Some cooks prefer different methods… you’ll need to continue reading to find out. The easiest method may end up being the best.

Sweet potato preparation: All sweet potatoes were roughly equal in weight, weighing between 8 1/2 to 9 1/2 ounces each. To remove excess moisture, they were scrubbed and dried. To cover sweet potatoes with olive oil, I used about 1 teaspoon.

Test for doneness: Sweet potatoes were cooked until a knife was inserted in the center of each potato, and it glided through without resistance.

Ratings The flavor and texture were the key indicators of success. Crispy skin and a soft and tender interior are the two most important characteristics. I also looked at the time to bake the sweet potatoes to determine if a longer cooking time was worth it.

A whole sweet potato can take about an hour to bake in the oven. Would cutting it in half reduce the time needed for baking? This was my hypothesis. However, it was proved wrong.

Because the foil held the moisture and steamed the potato, the skin didn’t turn crispy. The potato flesh was firm and starchy. This method is not efficient and results in a poor texture. It can also be dangerous to slice a thick, raw sweet potato in a straight line. This can lead to injury.

It is common to recommend temperatures between 375F and 425F for roasting vegetables. I decided to split the difference and use 400F. I tried several methods to bake the sweet potatoes at this temperature. I first poked each sweet potato a few times with a fork to let any excess steam escape. Then, I cooked them the following:

All these methods produced sweet potatoes cooked through in approximately one hour. However, they each had an imperfect result.

I prefer the unwrapped, olive oil-rubbed sweet potato out of all the options. Although it had dry skin, it wasn’t super crispy. However, it was starchy on the inside. It wasn’t soft or sweet enough to be truly extraordinary.

Foil-wrapped potatoes were more tender inside than unwrapped ones, but the skins had been steamed rather than crisp. If I were pureeing the flesh of the sweet potato, I would wrap it in foil and roast it.

Broiling was essential to get crispy skin. The flesh was delicious, but it was worth waiting 2 1/2 hours for the potato to cook. You can plan if you can.

After putting the sweet potato in the freezer for a night, I wrapped it in foil and placed it on a foil-lined baking tray. After baking it for two hours at 300°F, I carefully removed the foil. I finished the sweet potato by raising the oven temperature to 350°F and roasting it for 40 minutes until the skin was browned and spots were charred.

It worked, and it was surprising to me. The potato inside was even softer than when it was slow-cooked. The skin was crispy, with a few burnt spots.

Even though the cooking time is roughly the same and there’s an extra step of freezing sweet potatoes, I preferred this method to the slow-and-slow. Both will make a great baked sweet potato. However, both require you to jump through some hoops. Can you make sweet potato perfection without putting in as much effort? This is what I set out to prove with the following method.

Baked Potato Method: Rub the potatoes with oil, then roast at high temperature

After trying all of the methods, I finally decided to combine two factors: oiling the sweet potatoes and baking them at a higher heat.

I used the same method as the 400degF method. I poked the sweet potato with a fork then rubbed them in olive oil. Finally, I roasted the potatoes unwrapped on an aluminum foil-lined baking tray at 450degF. Even though the potatoes took longer to cook at higher temperatures, the results were much better.

This is the best method: Crispy skin, but not burned, and a soft, melting interior are the results. The skin was crisp but not too burned, and the flesh had the same soft caramelization levels as low-and-slow or frozen-roasted methods without cooking for a long time.

This is the best option for those who don’t have the time or memory to store a sweet potato in the fridge or cannot wait until dinner is ready. 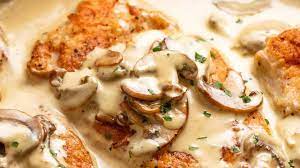 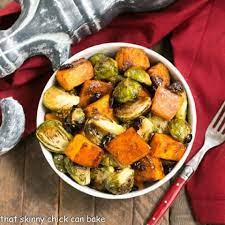 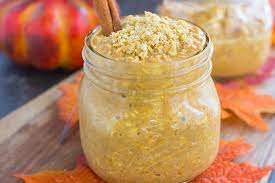